How long does it take to fill charge the battery?

Sometime longer for me—1.5 hrs

Depend also from charger
B

As said by Mattia: Depends on charger you use. I use the travel adapter from my Samsung phone to load the battery.: 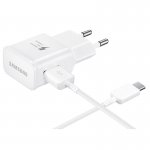 The first time it went well, but one of the following chargings the battery seemed not to get fully loaded...
The blue light was blinking slowly for more than 2 hours. :-(

I changed the loading adapter and then it just took another 10 min. before the battery was fully loaded (The blue light was burning solid).

In the meanwhile i am waiting for a battery docking station so i can load the battery's out off the drone.


When i'm not at home (or nearby electric current) i use a powerbank to load the battery and this works well for me when i have the time to wait.