Yesterday i found a set tool in GitHub for extracting and modding firmwares of DJI drones. But i don't understand how use it?

Opening for extraction and un-signing
Error: Unexpected magic value in main header; input file is not a signed image.

Can someone solve this?

I don't think so. The DJI Mavic Pro firmware is in .pro.fw.sig format like a Ryze Tello. Then is possible read it.

Adicionally, you can verify in smartphone the following firmware config:

Well, good luck then, if you succeed, we'd all be grateful

So much time has passed, and noone looked further into the firmware?
Not sure if it means that noone with real knowledge touches Tello, or this is a niche product in general...

Anyway, here is some info.
And some for the firmware.

So it is in MA2x format developed by Movidius. It's not decrypted before flashing, it seem to be flashed directly in that form. This means there has to be a bootloader within the chip (probably not made by DJI, as format is developed by Movidius), which reads and decrypts the firmware to memory.

Which means the encryption algorithm and keys are within that bootloader.
So to understand Tello firmware, it should be enough to have Myriad2 chip hacked in _any_ device, as firmware extractor should be the same.

It also means that the tools used for Mavics won't help much for Tello. Tools for Myriad2 are needed.

Details on the chips, and the firmware: 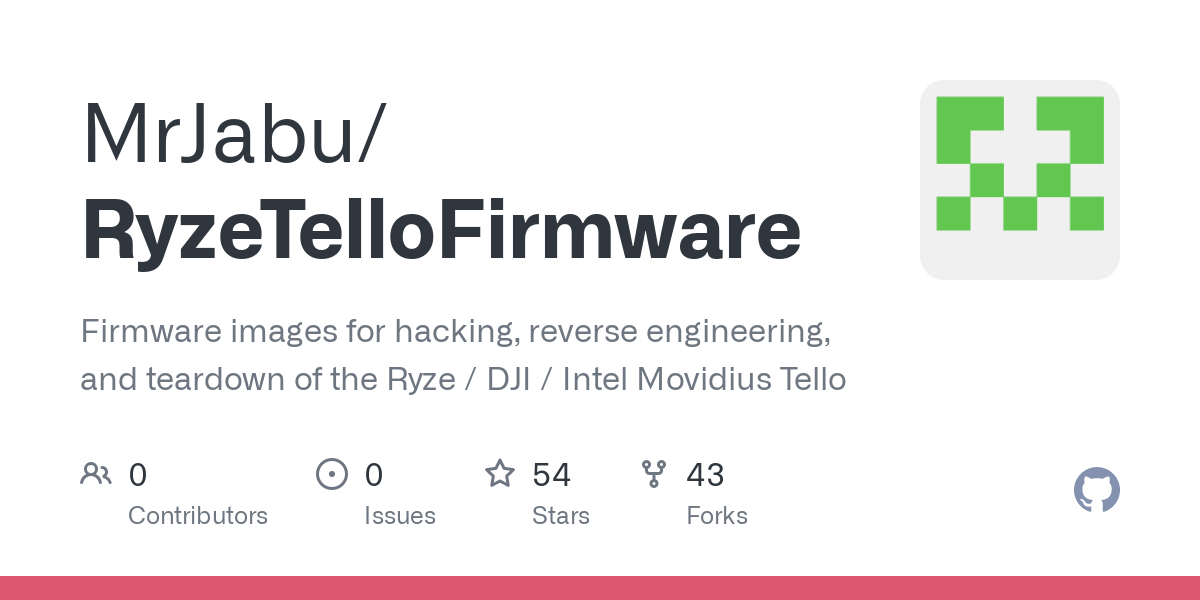 That company Ryze, what's its history? Who works there? What other products do they have?

How can you not see that Ryze is just DJI, created by DJI and having DJI employees?
I have a feeling Tello is sold under a different company, for the same reason noone bothered to look into its software for so long.
Last edited: Jun 17, 2021
Share:
Facebook Twitter Email Share Link